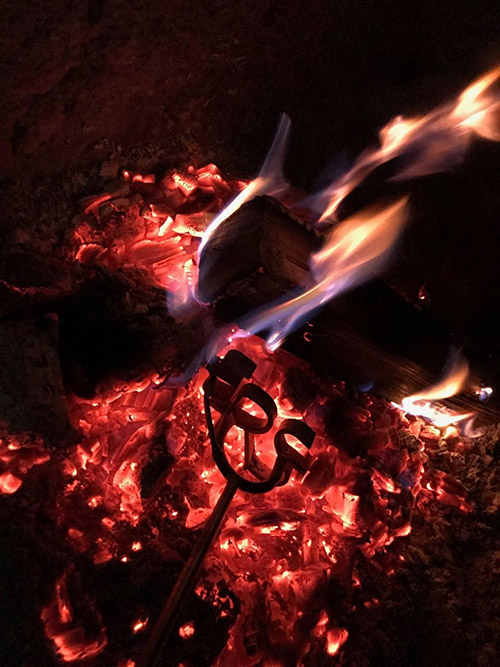 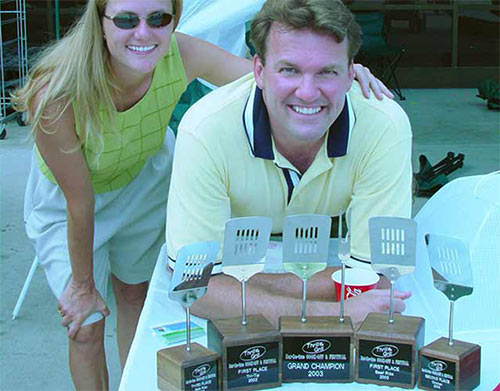 At Rib Shack we continually strive for the perfect plate of Barbecue.

Our Barbecue is traditional Kansas City style, dry-rubbed, smoked “low and slow” and served with over a dozen house made sauces that incorporate different regional flavors. The restaurant has three wood fired smokers that burn imported Missouri Hickory and various local fruit woods including apple, cherry and peach.

While Rib Shack is known for its award-winning baby back ribs, we offer a wide variety of other BBQ meats including brisket, burnt ends, pulled pork, chicken and spicy tri tip.

Andrew Petrehn, is fascinated with fire; it has fueled his two burning passions of BBQ and hot air balloons.

A Kansas City native, Andrew grew up with “playing with fire” in a family obsessed with hot air ballooning. Andrew’s father, John Petrehn Sr, was a world-renowned hot air balloonist with six world records in duration and distance. Six of the eleven Petrehn children became commercial hot air balloon pilots winning both national and international competitions. Travelling the country competing in hot air balloon races allowed the family to sample the best regional BBQ across the country but nothing could top the flavors of their hometown.

Andrew moved to Eagle, Idaho 20 years ago, and was frustrated by the scarcity of quality BBQ in the area. After his wife got tired of hearing him complain, they decided to place a bet. If Andrew entered the “Thrill of the Grill” BBQ contest and won anything, he would open his own BBQ restaurant. That year Andrew was the 2003 Thrill of the Grill Grand Champion.  He signed a lease for a restaurant in Eagle the next week. Throughout the years the restaurant has changed locations, and today Rib Shack BBQ can be found at 395 W. State Street in downtown Eagle.